A brief overview on the history of Dental Implants 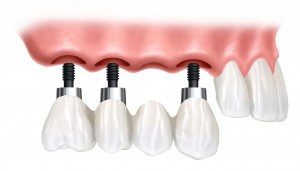 The dental implants have been through an interesting journey through time and have undergone some serious transformation. As a result, dental implants in Sydney now offer the very best tooth replacement choices for the present and future needs of patients. The humans have been using dental implants in one form or another to replace missing tooth since the beginning of mankind. Evidence suggests that ancient civilisations such as Egyptians, Etruscans, Hondurans and Phoenicians have fashioned some sort of replacements for teeth. In 1970, radiographs taken from the mandibles of the Mayan population reveal that they have utilised shells as implants. Though the implantation was done by means of primitive methods and materials, these early implants were shockingly fused to the jawbone.

Researchers have struggled during the eighteenth century to gain success in the field of implant dentistry. This is due to the fact that the body and the bone had been rejecting foreign bodies and for a successful implantation the tooth must fuse with the bone. The experiments that were conducted with metals such as gold and platinum yielded poor results.

The advancement of implants took a huge leap when a dental professional Dr. Per-Ingvar Branemark and his team were observing the effect of blood flow in healing the bones of a rabbit. During the procedure, they had placed optical devices encased in titanium into the lower leg of the rabbit. To their surprise, they were unable to remove the device later as the bone had grown in such close proximity with the titanium that it had fused together. This process is known as osseointegration. Thus, it was found that the titanium could be used as artificial teeth. Branemark continued to perform experiments on human and animals. In mid 1960s, the first titanium dental surgery was performed. The operation was successful and the patient got to use dentures until his death.  Despite the initial success of titanium implants, they were rejected by the mouths of many people resulting in pain and infection. However the process has been greatly improved to near perfection over recent years.

The original implants had a fixed design. Their widths were all the same with variation in lengths and the surface of the implants were machine smoothed and polished. Nowadays, dental implant in Sydney comes in variety of size and shape to suit the particular requirements of each patient. Their surface has been upgraded with a roughened surface to enhance the osseointegration process. This titanium screw is fixed to the jaw on which the missing tooth was rooted to and it was allowed to heal for some time. Then, the crown was inserted with a post. At present, this method has a long term success with proper oral care and hygiene.